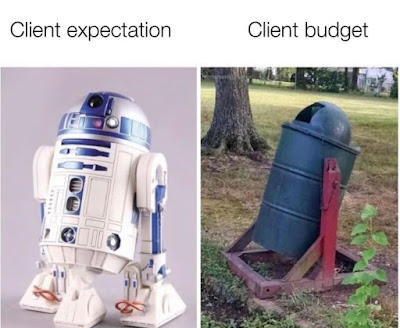 You can turn on Tucker Carlson, if you have a strong enough stomach, and see people comment on the Club Q shooting. If only we’d end this evil agenda of gender-affirming care, they say, this would stop happening.

So we need to stop protecting these people, and then they won’t be attacked anymore. Sure. That makes sense.

Using similar logic, UFT leadership tells us we need to revise the city code to allow the city to pay less money for our health care. It’s a good thing, they say, that the city doesn’t have to pay so much for the health care we expect and work for. You see, if we only let them spend less, our health care will be better.

Sorry, but if they pay less, doesn’t it stand to reason that we will pay more? Didn’t leadership just go to the mattresses for a program that would have cost retired couples thousands extra?

That is heresy, they say. If you dare question this logic, you’re ruining things for everyone. When this thing blows up, it will be all your fault.  After all UFT leadership tried to warn you the only way to get better health care was to permit the city to pay less to support it.

On Facebook, a highly compensated UFT official tells thoroughly uncompensated HS Executive Board member Nick Bacon that, if we don’t allow the city to pay less toward our health care, the city will impose a premium on all in-service members. Also, they will dump all retirees into a lone Advantage plan. Here’s a sample of how he speaks to Nick, who wants to preserve the health care retirees have earned and enjoyed for decades:

Your malcontent nature will never allow you to see the positive and beneficial. You could be given a bar of gold and would be upset you weren’t given two. It’s fruitless to engage a person like that.

(Shouldn’t it be like you?) Let’s forget about this guy’s failure to maintain a simple subject. Let’s even forget the fact that this guy, despite saying it’s not worth it, is engaging anyway. (Passive-aggressive much?) This same union employee, along with many others, was very recently jumping up and down declaring an Advantage plan would be the bestest thing ever. But that was then and this is now. Why can’t we be good soldiers and forget already?

You’d think leadership assumed we all just fell off the tomato truck from Jersey. They change their tune and improvise a new one on the fly. Then they demand we all dance to it or there will be consequences.

This is not the sort of treatment we deserve from union leadership. We pay their salaries and they work for us. In fact, this is the sort of treatment I expect from abusive supervisors. Still, I have extensive experience being verbally abused by union employees. In 2005, we passed the worst contract I’d ever seen, giving up rights to grieve letters to file, and agreeing to work longer hours for more money while pretending it was a raise. (A raise is when you work the same time for more money.) There were other lowlights I no longer recall, but I remember personal insults galore.

Ad hominem is the logical fallacy of personal attack. That’s what you do when you have no argument and/ or little imagination. You attack your opponent. You mischaracterize arguments, more logical fallacy. You tell people they’re dangerous. You issue appeals to fear (as the UFT official did here) to frighten your opponents into line.

Only it doesn’t work. Retirees are horrified that their health care is in jeopardy. The fact is the Advantage plan, despite explicit assurances otherwise by the UFT President, was not accepted by all doctors that accepted Medicare. Also, it was largely not useful to members who’d moved outside of NY or Florida. There would have been an almost $5,000 annual fee to keep the health care they expected. This is a significant expense for people living on a fixed income. Imagine how that would’ve impacted paraprofessionals and lower-paid DC37 employees.

As a prospective retiree, I have a very specific suggestion about what this union official can do with this “bar of gold.”

I’ll refrain from posting that here. I’ll just say the only thing that actually protects us from exorbitant fees, whether we are in service or retired, is Administrative Code 12-126. It’s time for leadership to get off their high horse and admit the 2018 health care deal, the one they made with no input whatsoever from us, was a spectacular blunder. Then, they need to start working for us for a change.

Make no mistake–that’s their job.